We offer the best place to stay in Sasan Gir, with the finest accommodation options and unmatched hospitality services for your perfect vacation experience. Our hotel in Sasan Gir offers you the calm & serene ambiance for a peaceful stay in the midst of the jungle. During your stay, we can guide you about the best places to visit near Sasan Gir and also make an advanced safari booking for you. You will definitely have the best safari experience of your life.

There are many interesting sightseeing places to visits when you are at Sasan Gir National Park, Junagadh, Gujarat. 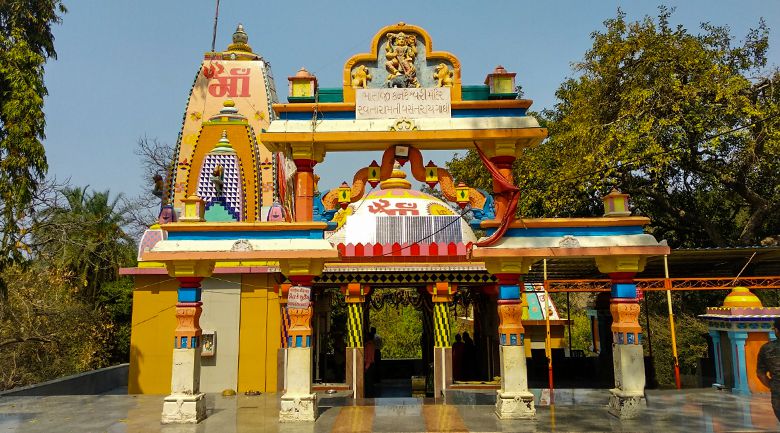 Kankai Temple is a holy place and “kuldevi” for many Hindu people. Every year hundreds of devotees visit this temple. The temple also provides meals for devotees and travelers. There is also a history tale related to this place. It is believed that “Arjuna” from the Indian mega epic Mahabharata came here alive. When the Pandavas became thirsty he used his bow and discovered water from the earth. Banej is another famous lord Shiva temple which is worth visiting from here. It is just 15 kms away from here and it is a very famous place surrounded by trees, wild animals and nature. Tulsi Shyam is another famous religious place to visit nearby. 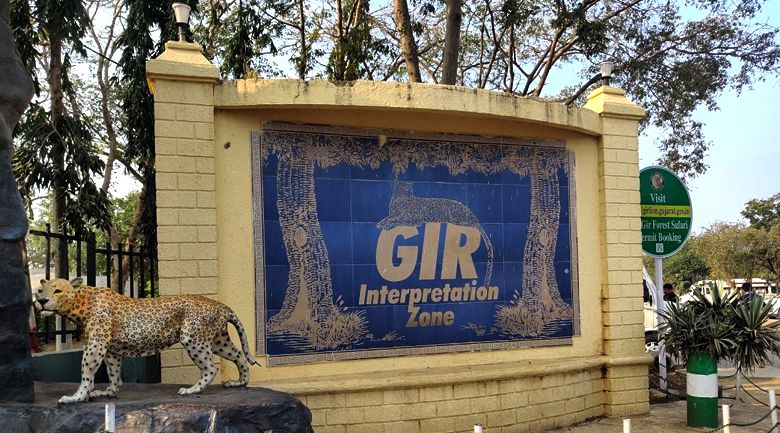 Devalia park is a mysterious world of Asiatic Lions. You can enjoy witnessing the wildlife in the jungle area. This area is also known as ‘Gir Interpretation zone’. In other words it is a part of Sasan Gir National Park. This place will give you a chance to watch lions as well as other wild animals in the jungle area. It is open for tourists only from monday to saturday, morning 8 am to 11 am and evening 3 pm to 5 pm. No tourist safari is allowed on sundays. To explore this beautiful natural landscape you must first get permission which you can easily get from the tourist reception centre. However people take online permission in advance to save time nowadays. Best time to visit is between December and march. 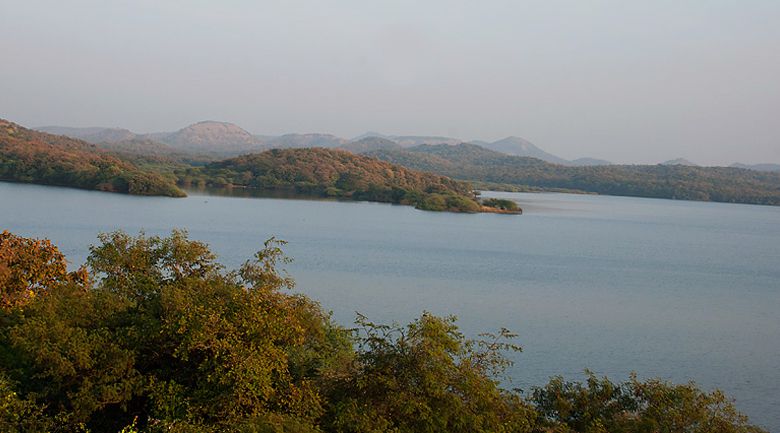 The Kamleshwar Dam is also well known as Hiran-1 Dam. This dam is built on the Hiran river which is in Visavadar, gujarat. It is a rock filled embankment dam. It is very famous among the tourists due to its birds and crocodile population. Reserve a room with Aranya Eco Farm and visit all these places and have a fun filled holiday with your loved ones at Sasan Gir National Park. 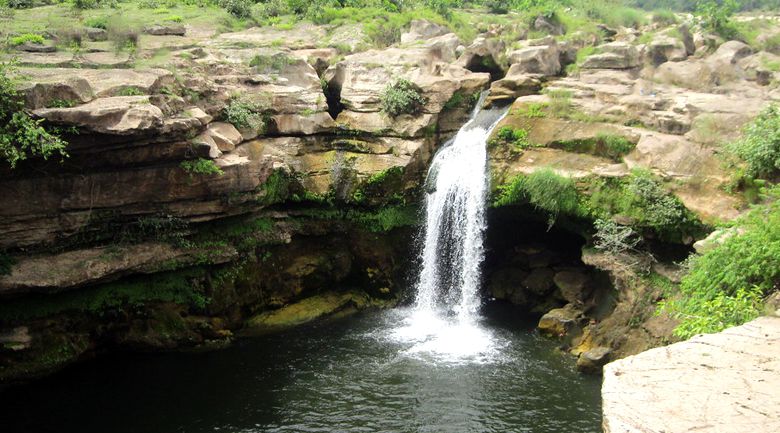 Jamjir It's the only waterfall in Saurashtra region of Gujarat. It's on shingoda river in Gir forest region. It's very high but it's very dangerous and almost impossible to swim in the fall area, however you can have nice swimming in the upward river. It's near Sasan in the gir and gir century area. It is a must see place while on a visit to gir jungle in monsoon. 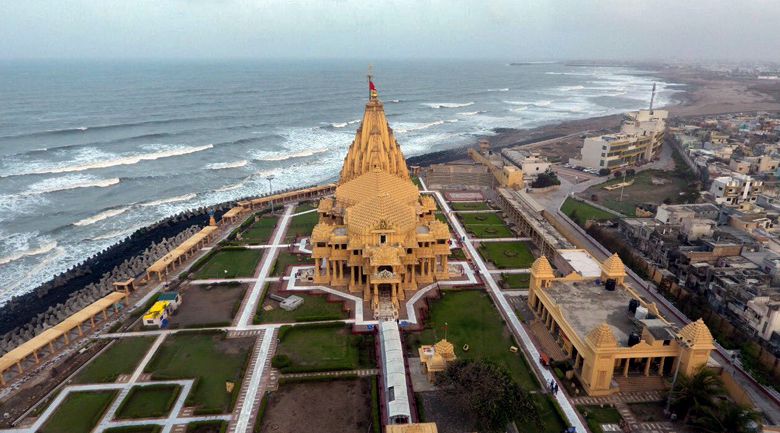 The Somnath temple located in Prabhas Patan in Veraval in Saurashtra on the western coast of Gujarat, India is believed to be the first among the twelve Jyotirlinga shrines of Lord Shiva. It is an important Hindu pilgrimage and tourist spot of India and especially of Gujarat. If you are visiting Sasan Gir, it is a must visit place as it is just 57 kms away from Sasan Gir. 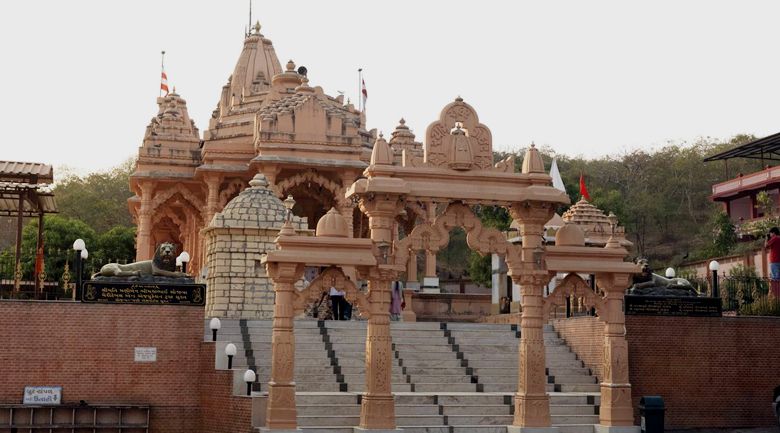 Tulsishyam is located on the border of amreli,junagadh district and Gir Somnath district, in the Gir National Park. There is an ancient temple of Lord Vishnu-Lord Shyam. Legend says that Lord Krishna eliminated the demon called Tul and so the place is associated with his name along with that of Krishna as Shyam and is thus called Tulsishyam. The idol of Lord Tulsishyam is said to be 3000 years old. It is made up of black stone. There is a hot sulphur spring near the temple that is believed to have curative powers. 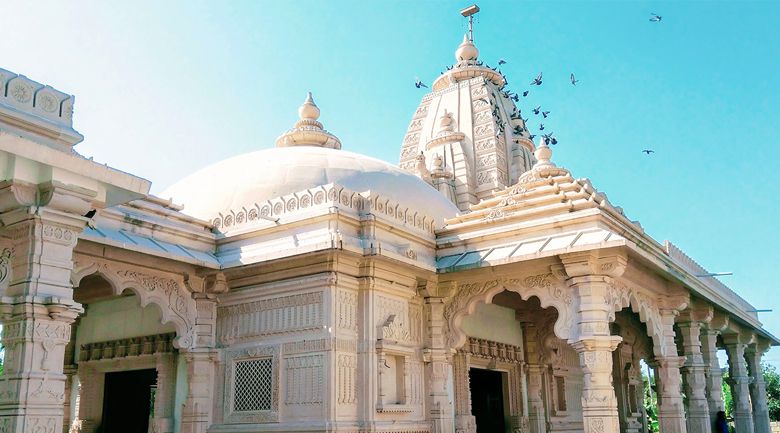 Bhalka Tirtha, located in the Veraval in Saurashtra on the western coast of Gujarat, India, is the place where Krishna was killed by an arrow shot by a hunter named Jara, after which he worshipped Shiva, an act referred to in the Puranas as Shri Krishna Nijdham Prasthan Leela.